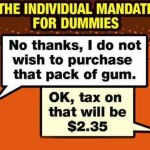 In my last post, on June 1, I predicted that the ironically-named Affordable Care Act would be struck down as unconstitutional.  I was just plain wrong. I was correct that the law violated the commerce clause, which was the primary authority on which the government based its argument.  I also opined that at least one liberal justice would concur in the “violates the commerce clause” point, but would provide that the [more . . . ] 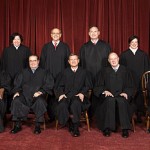 Time flies!  It’s been nearly two whole months since my last post.  Please forgive me, dear readers, but since my last post I wrapped up law school and I am currently studying for the bar exam . . . no rest for the weary.  However, while I have not been blogging much, I have been thinking about a few things . . . The subtitle of Wake Up Winston! is [more . . . ]